Skeletal muscles are attached to bones by strong tissues called tendons.  The muscle contracts when the nervous system sends a message to the muscle.  This means it shortens and moves the bone or tissue it is attached to. This is what causes movement.

Every movement relies on one or more muscles pulling on a bone.  Muscles never push on a bone.  Movement is possible because muscles cross one or more joints. They are often grouped together by the similar nature of their actions, e.g. the abdominal muscles and the quadriceps muscle group.

Muscles make up around 40% of the body weight.  Muscles develop strength with appropriate exercise, and they learn to work better together through practice.  Co-ordination is the term used when muscles learn to work well together as a team to perform skills.  Muscles need energy to contract.  Exercise over a period of time requires oxygen and fuel, like sugar and fat.  This means that the energy supplies in the muscle can support short bursts of physical activity.  However, a prolonged, sustained effort will tire the muscle eventually.  This is called muscle fatigue.

Muscles of the upper limb:

Muscles of the lower limb 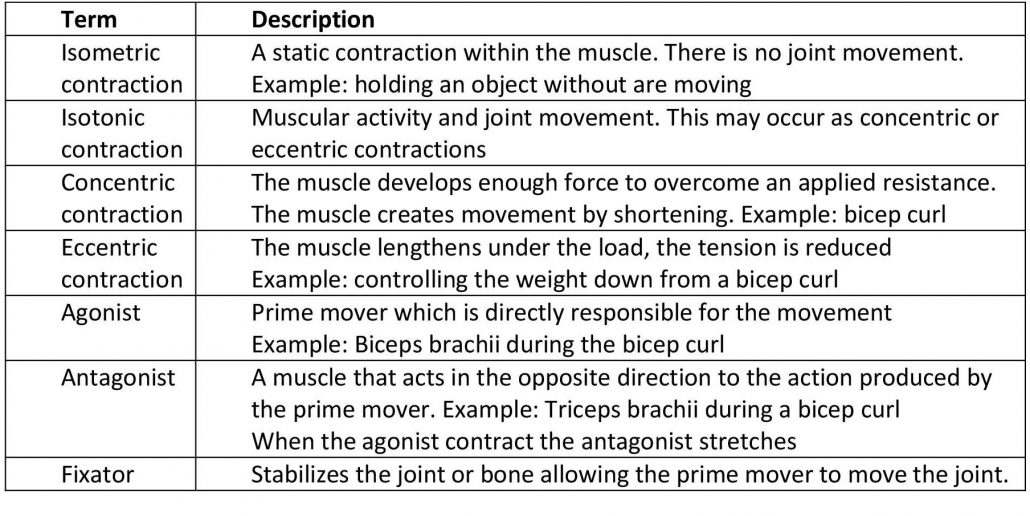 There are three planes of motion in which we move. They are:

The Sagittal plane passes through the body front to back, so dividing it into left and right. Movements in this plane are the up and down movements of flexion and extension

The frontal plane divides the body into front and back. Movements in this plane are sideways movements, called abduction and adduction

This plane divides the body into top and bottom. Movements in this plane are rotational in nature, such as internal and external rotation, pronation and supination. 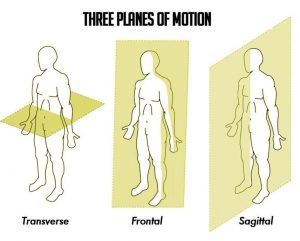